OCT. 8-24 Channeling activist Gloria Steinem’s trademark bite and wit, Peabody and Tony Award-winning playwright Emily Mann has created a lively stage chronicle of the Ms. magazine co-founder’s personal history. Alongside projected archival images and video footage, an all-female cast will portray everything from Steinem’s difficult relationship with her mother to her rousing advocacy speeches promoting women’s equality and abortion rights. The second half of the Sacramento Theatre Company production will feature a “talking circle”—an audience-participation segment that Steinem, a 2013 Presidential Medal of Freedom recipient, insisted upon before green-lighting the project—during which theatergoers can share experiences and dialogue with cast members. Masks and proof of vaccination or negative Covid test required. $43. Times vary by day. Sacramento Theatre Company. 1419 H St. 916-443-6722. sactheatre.org

OCT. 8-31 Five college students vacationing in the woods get more than they bargained for when they stumble upon an ancient tome, the Egyptian Book of the Dead, and accidentally release a legion of evil demons. Since the Sutter Street Theatre debuted this kooky rock musical in 2010, “deadheads” from Los Angeles to New York have flocked to the tiny 60-seat Folsom theater to see the performance. Inspired by the 1981 cult film of the same name, chainsaw-wielding protagonist Ash Williams slashes his way through monsters of all shapes and sizes while the cast belts out operatic rock numbers like “Do the Necronomicon.” Everyone can expect to see a lot of (fake) blood, but if you snag a seat in the “splatter zone,” consider a plastic poncho part of the dress code. And if you’re lucky, an internal organ or two might even land in your lap. Masks required. $24-$26. Times vary by day. Sutter Street Theatre. 717 Sutter St. Folsom. 916-353-1001. sutterstreettheatre.com

OCT. 13-NOV. 14 Progressive values collide with economic and ethnic privilege when an admissions officer at a prestigious college prep school and her headmaster husband—both white and proudly working to diversify the student body—find out their son didn’t get into Yale. Described as “an extraordinarily useful and excruciating satire” by The New York Times, this 2018 play by New York City-based writer Joshua Harmon predates (or perhaps foretold) the real-life college-admissions bribery scandal in 2019 that ensnared celebs like Felicity Huffman and Lori Loughlin. While the Sacramento rendition at Capital Stage only raised the curtain for one preview show in March 2020 before canceling due to Covid, the nation’s recent reckoning with its history of social, gender and racial inequities makes the themes of this biting, Drama Desk Award-winning comedy that much more poignant. Masks and proof of vaccination required. $25-$49. Times vary by day. Capital Stage. 2215 J St. 916-995-5464. capstage.org

OCT. 15-NOV. 14 Now returning to the stage after a pandemic hiatus, it’s fitting that Carmichael’s Chautauqua Playhouse chose Shakespeare’s King Lear as part of the new season’s lineup. After all, the Bard likely penned this tragedy in isolation during an outbreak of the plague in England, and its tale about a self-righteous monarch whose love of flattery leads to his demise offers more than a few pertinent warnings for modern-day society. With the help of the recently founded MacBeth Project—a Sacramento organization that advocates for greater Black representation in the theater—this contemporary version of the Elizabethan tale includes a post-apocalyptic twist. An all-Black cast meshes Shakespeare’s original language with a set and wardrobe inspired by Afro-futurism circa 2500—a culture clash of epoch proportions. Masks and proof of vaccination required. $20-$25. Fri. & Sat. 8 p.m. Sun. 2 p.m. Chautauqua Playhouse. 5325 Engle Rd. Carmichael. 916-489-7529. cplayhouse.org

OCT. 16 By the time Margaret Cho was named one of the 50 Best Stand-Up Comics of All Time by Rolling Stone in 2017, the San Francisco native had been trailblazing for Asian performers for decades. Her ’90s TV show All-American Girl—the first network sitcom to feature an Asian-American cast—paved the way for next-generation comics like Awkwafina and Ali Wong. At the Crest Theatre, Cho’s edgy humor takes on current events in her latest show Fresh off the Bloat, with side-splitting anecdotes about living with her parents during the pandemic and sharp observations about the recent rise in anti-Asian hate crimes. Masks required. $39.50–$144.50. 7:30 p.m. Crest Theatre. 1013 K St. 916-476-3356. crestsacramento.com 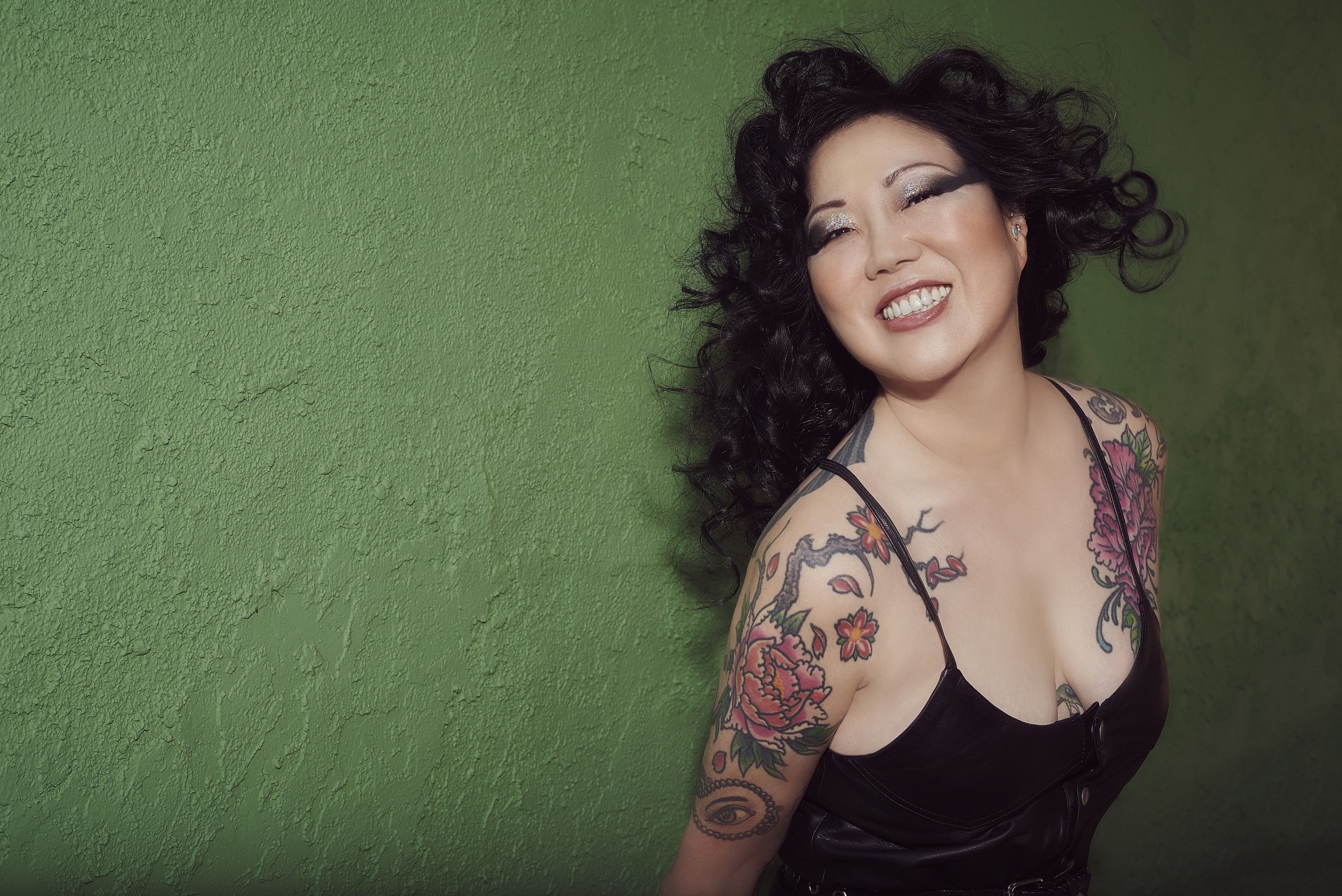