OCT. 23 While trombonist and composer Delfeayo Marsalis might not be quite as recognizable as some other members of his legendary musical family (he’s the younger brother of Branford and Wynton), the Los Angeles Times assures that he “ranks among the more accomplished jazz instrumentalists today—even if the general public hardly knows it.” The New Orleans native has punctuated performances by bluesman Ray Charles and funk musician George Clinton with his classical jazz stylings, and counts influences as varied as Godfather of Soul James Brown to rapid-fire rapper J. Cole. Backed by his 15-piece Uptown Jazz Orchestra, Marsalis will slide improvisational riffs into standards like “It Don’t Mean a Thing (If It Ain’t Got That Swing)” and “When the Saints Go Marching In” at this Mondavi Center concert. Masks and proof of vaccination required. Prices start at $25. 7:30 p.m. Mondavi Center. Mrak Hall Dr. and Old Davis Rd. Davis. 530-754-2787. mondaviarts.org 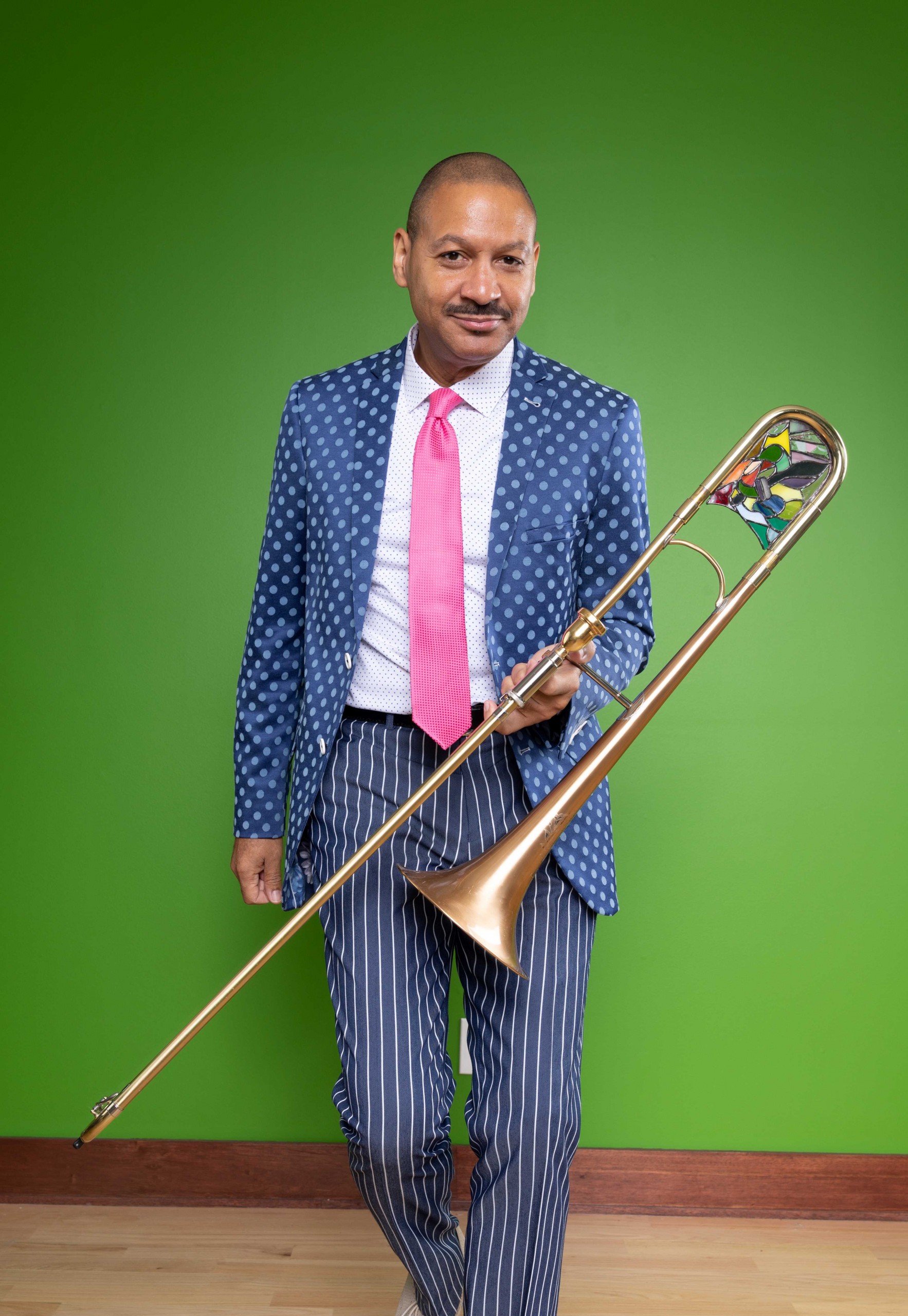 NOV. 19-DEC. 12 According to Buddy the Elf, “The best way to spread Christmas cheer is singing loud for all to hear.” That’s just what the Woodland Opera House (now celebrating its 125th anniversary) plans to do when it debuts a stage adaptation of Elf, the 2003 holiday film starring Will Ferrell. This tale narrated by Old Saint Nick (diverging from the movie version that was sublimely narrated by Bob Newhart’s Papa Elf) follows Buddy—an orphan who climbed into Santa’s bag of gifts and was subsequently raised by elves—as he sets out from the North Pole to find his curmudgeonly father, an old-timer on the naughty list, and encourage him to turn over a new leaf. In this jolly musical co-written by Tony-winning playwrights Thomas Meehan and Bob Martin, Buddy and his friends will sing and dance their way through yuletide toe-tappers like “Christmastown” and “Sparklejollytwinklejingley.” Masks required. $15-$25 ($7-$12 for children). Fri. & Sat. 7:30 p.m. Sun. 2 p.m. Woodland Opera House. 340 2nd St. Woodland. 530-666-9617. woodlandoperahouse.org

NOV. 20 Guest conductor Jeffrey Kahane, the former music director of the Los Angeles Chamber Orchestra, will helm the Sacramento Philharmonic in its debut at the new SAFE Credit Union Performing Arts Center. The maestro, leading from the piano, will anoint the concert with Beethoven’s “The Consecration of the House” Overture. From there, the group will play Mozart’s classical masterpiece Piano Concerto No. 17, K. 453 before closing the night with Jean Sibelius’ manic composition Symphony No. 2, which the Romantic-era Finnish composer described as “a confession of the soul.” The orchestra’s busy fall season is also set to include backing up tenor Andrea Bocelli at the Golden 1 Center on Oct. 23 and performing the score of The Nutcracker for the Sacramento Ballet in December. Masks and proof of vaccination required. $25-$54. 8 p.m. SAFE Credit Union Performing Arts Center. 1301 L St. 916-476-5975. sacphilopera.org